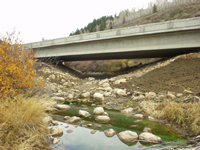 BIO-WEST was under contract to the Utah Department of Transportation (UDOT) from 1995 – 2006 to provide environmental consultation and assistance for a major highway improvement project in Logan Canyon, Utah. The Logan Canyon project consists of a series of improvements to the segment of US Highway 89 (US-89) that runs through the Uinta-Cache-Wasatch National Forest from Logan to Bear Lake. 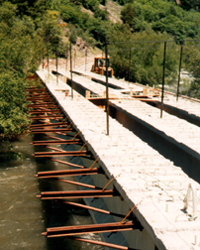 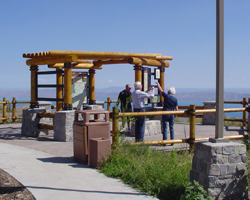 Summit to Garden City comprised the third Logan Canyon Highway improvement project. BIO-WEST was responsible for obtaining environmental clearances, which included a reevaluation and renewal of all permits for the rest of this project segment. Areas of analysis included revegetation, visual resources, water quality, wildlife, socio-economic resources, and access. One main task included landscaping and lighting design for a new Bear Lake Overlook Rest Area, which was completed for both UDOT and the US Forest Service. In 2006 BIO-WEST submitted an environmental reevaluation to UDOT and the Federal Highway Administration (FHWA) to add an ATV/snowmobile crossing to the project. An ATV/snowmobile trail that ran from the Sinks Area of the Uinta-Wasatch-Cache National Forest to Garden City caused safety concerns because it followed an at-grade crossing of US-89 at the canyon summit. BIO-WEST assisted with the design and construction of an underpass, as well as analyses of the environmental impacts of its construction. Each project required coordination with the US Forest Service, the US Corps of Engineers, FHWA, UDOT, the Utah Division of Wildlife Resources, and the Utah Division of Water Resources.