When it rains, it pours, and when it pours BIO-WEST goes golfing. Despite very rainy weather that eventually disrupted the event, BIO-WEST participated in the Ashlin Mae Kleven (AMK) Foundation’s 10th Annual Charity Golf Tournament as a team sponsor. BIO-WEST President Darren Olsen also competed in the tournament, which was held September 15, 2015, at Birch Creek Golf Course in Smithfield, Utah.

“BIO-WEST has been a long-time supporter of Common Ground, Shriners Hospital, and the AMK Foundation, and we will continue to support these groups in rain or shine,” said Darren.

The charity golf tournament raised funds to benefit Shriners Hospital in Salt Lake City and Common Ground Outdoor Adventures in Cache Valley. Eric and Rachel Kleven began the annual tournaments as a way to give back to organizations that had helped their daughter, Ashlin Kleven, who has a rare neurodevelopmental disorder called Rett Syndrome.

According to Eric, the foundation’s goal “is to continue to improve the lives of children.” 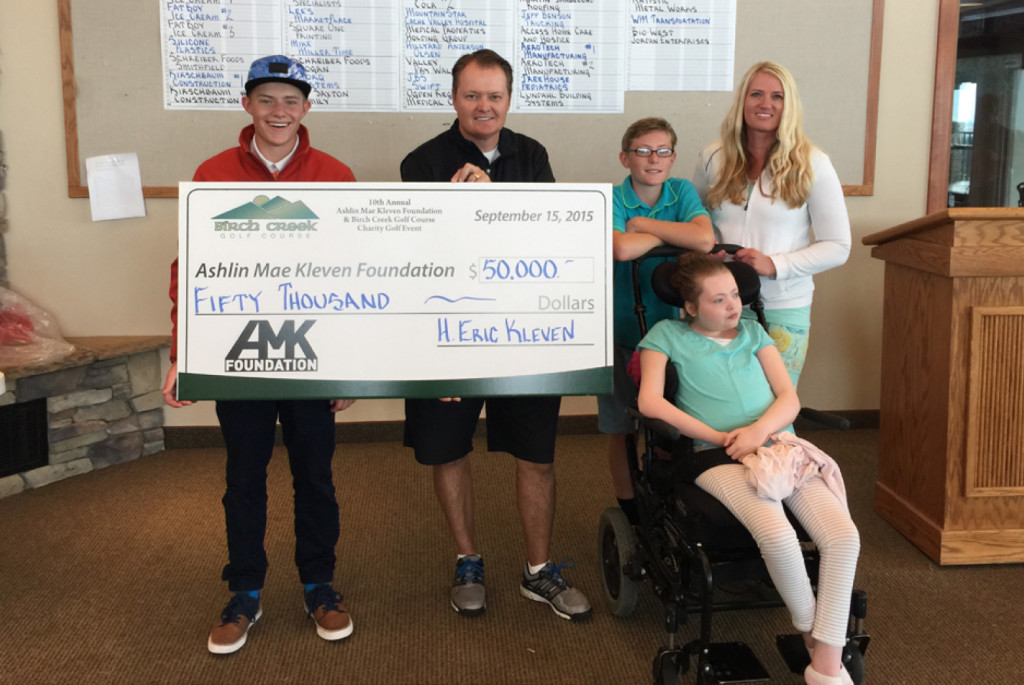 The AMK foundation raised $50,000 at the tournament this year. BIO-WEST is grateful to have been involved in supporting special needs children and their families. See the link for more information.